It Is A New Day

It is again the beginning of another January. Most of us have heard that scary ‘resolution’ word thrown around the conversation in our homes, offices, and friendship groups. It’s easy to make a resolution, but as we all know, sticking to the things we resolve to do is another story.

While exploring some incredible UK waterfalls, I was hit with the idea that water is determined to find its destination. I became fascinated by the small trickles eroding paths along the way in hopes of finding the river. Water has the ability to forge a new path, even though it could take years to do so.

Simply stated, a ‘resolution’ is a firm decision to do something. But the action of ‘resolve’ carries with it a deep determination to see that resolution played out. Like those small trickles of water, it may take numerous attempts, but it will find a way to the goal.

The ‘New Year’s Resolution’ fosters this idea of waiting until tomorrow to change something we could push through difficulty to change today. We often put more weight on creating new goals than stirring up a fresh determination to finish what we set out to do the year before.

In Philippians 3:12-16, Paul encourages us saying (my paraphrase), ‘Hey friends, even I have not yet arrived at the place Jesus wants us to go, but I see the goal! Keep pressing on. Stay resolute. Don’t give up!’

The point of resolution: keep going.

This January, this February, this March, I encourage you to look back on the resolutions you made in the past. For the ones that you fear you’ve failed in, or think are too difficult to finish, resolve to try again. God wants us to practice resolution daily. Smaller steps to the goal are better than no steps at all.

Into The New DEVO Playlist 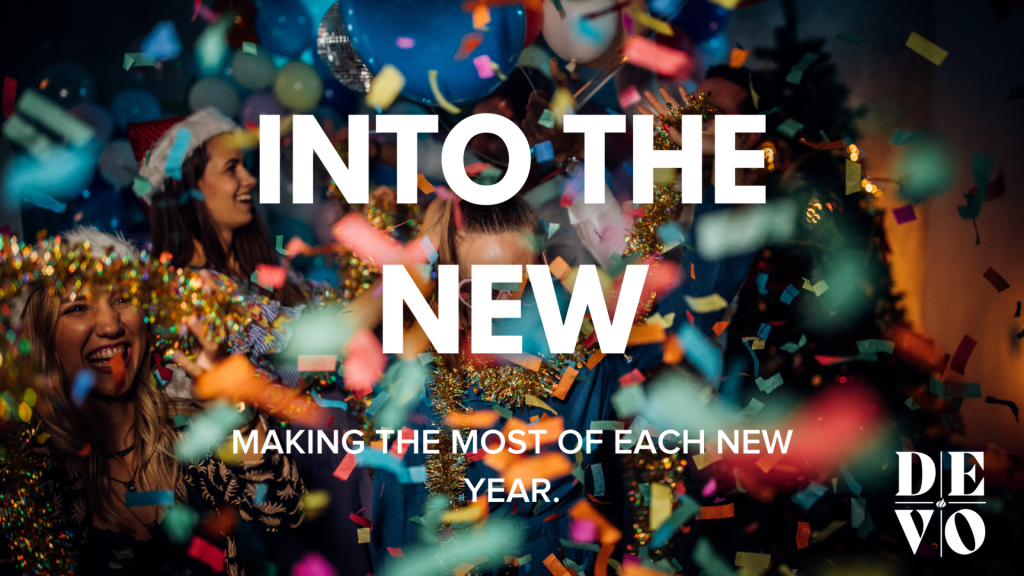 Into The New – Day Five

Into The New – Day Four

Into The New – Day Three

Into The New – Day Two